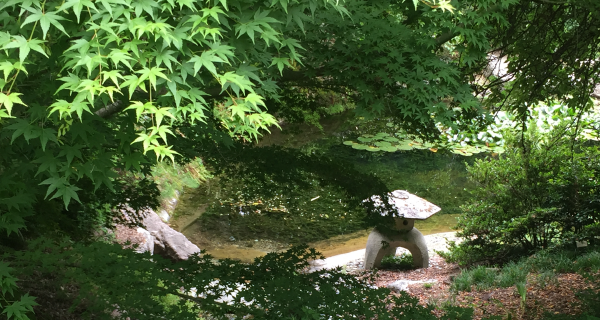 Recently, I’ve been working on retooling the audio processing code for serenity, a Discord bot library. Adding features like looping, seeking, and shared resources between calls is made difficult when all input data arrives over pipes from ffmpeg and similar decoders. Due to this, I’ve designed a thread-safe shared stream buffer intended to lock only on accessing and storing new data.

I wanted to write this up mainly because the data structure needs finer-grained control over shared access and locking than Rust can provide. It requires unsafe code to be expressed performantly, and so demands explanation separate from the audio-specific modifications. However, I also think the technique could be useful to others. To keep things simple, I’ll describe structs and key fields in code, but leave the algorithmic details to text.

(The actual implementation with many audio-specific modifications can be found here if needed.)

Before I dive into details, the method essentially works by the following:

Reading from this store can be condensed down to the following algorithm pseudocode:

At a high level, I hope that this is relatively simple. In practice, of course, implementing this safely and decently complicates matters. Now we can get into trickier details of an actual implementation; most of what follows discusses this in the context of Rust.

Why should we implement the above in the first place? Due to our heavy use of youtube-dl, ffmpeg, and other external streaming audio converters, we have a Readers-Writers problem with the following constraints:

To meet these goals, we require that each handle has shared mutable access to the byte source and storage. Due to the nature of the critical section, we need to take control of (im)mutability checking ourselves and assure the compiler that what we’re doing is, in fact, sound:

This can be handled by safe code, albeit slowly, and with a lot of starvation. In the naïve case, shared access of a central buffer can be handled safely by an RwLock. This comes at a cost, however. Every read requires a read-lock (regardless of whether the stream is finalised), while a single active write-lock prevents all reads, even of data which is known to be safe to access. Likewise, active readers may prevent new data from being stored.

Handles require a pointer to the shared store, their current position in the bytestream, and knowledge of which type of internal storage they will be pulling bytes from.

All handles know whether they are using a piecemeal, incrementally allocated store (shown below) or a finalised buffer. As described in the basic algorithm above, reads inform the ByteCache on whether to upgrade loc from Rope(_) to Backed. Dropping the CacheReadLocation causes a shared counter to decrement, telling the backing store when it can safely deallocate the rope data structure. I’ll explain why below, but ByteCache must have a custom impl Drop where it attempts to remove the rope from storage, identical to an upgrade operation.

The key for allocating (and ensuring safe concurrent access) is to employ a rope data structure based on intrusive LinkedLists. As more space is required, new segments are allocated progressively. Since this has an O(n) lookup cost, once the underlying stream finishes all data should be moved to a single contiguous buffer.

The cache’s rope is initialised based on either a length hint (if available), or an empty chunk of length chunk_len. As more capacity is required, new chunks of length chunk_len are added to the back. Once the underlying Read object returns Ok(0) or any error which isn’t Interrupted, we know that the stream has ended, and may initialise and populate the backing store using chunk data (while preventing any reads which exceed len).

Installing the backing store efficiently is considerably more unsafe if we only have one chunk, because we can now include a new optimisation. Optimal behaviour (no copies and no new allocations) requires that we temporarily alias the Vec<u8> between the rope and backing_store. While it is safe to reconstruct a new Vec from identical parts (and we are certain that the new Vec has an identical lifetime because it never leaves the RawStore), we’ve set up a contract where the rope Vec’s heap buffer must be leaked rather than dropped by the program to prevent a double free.

This brings us onto how we actually manage the life-cycle of these rope structures. Even if the data structure is finalised, the rope must remain alive so long as any handle could still be reading from it: CacheReadLocation::Rope(_) is a strong reference to rope_users, which we’ll be using as a sentinel for this purpose. On Drop or upgrade of a ByteCache, the store checks whether only one reference remains, and attempts to acquire the lock.

The impl Drop of ByteCache is particularly important when we choose to alias the data store. Consider the case where we have many Backed handles, and one Rope handle who never conducts any further reads after finalisation. When all Backed handles are dropped, if the Rope is dropped afterwards then the handle must decrement the rope counter (by “upgrading” to Backed) and explicitly forget one instance of the aliased Vec to prevent a double free.

Given all the talk of performance, the choice of a LinkedList rather than a VecDeque will probably seem strange to most people. Isn’t VecDeque a faster choice, recommended by the standard library? Once again, it comes down to granularity of control when we need to add additional elements. While VecDeque offers O(1) lookup, insertion can very well trigger a full reallocation as the length hint may be incorrect, when the Vec-backed list runs out of capacity and resizes. Beyond the obvious cost of a full copy on every reallocation, this will also invalidate references to the list of Chunks. This forces the use of a either an RwLock around the rope (leading to the aforementioned lock costs and starvation risks), or Arcing every Chunk at the cost of extra indirection and the overhead of reference counting.

Separating the Arc from the data it concerns, while unorthodox, serves a few purposes:

The critical section concerns a few key operations, and is triggered in only two situations: adding new bytes to the store, or deallocating the rope. These operations are:

Because many of these involve modifying state which other threads will be reading, I’ll walk through the most natural observations.

How do we know it’s safe to access len even if it’s being written to by another thread?

At any point, len states that the backing store contains at least that many bytes. By design, the bytestream will never be modified once stored, so reads are guaranteed to be consistent and valid up to len. Additionally, modifications to len will only ever increase its value, so bytes which are valid to read will always remain valid. A handle may not be able to fill its buffer in one call, but it will attempt reading/storage until the output buffer is filled or the stream finishes. In the event that neither condition is met, the handle either adds more bytes itself or blocks until more are available.

How can multiple handles safely walk a linked list under modification?

Because the start and end of the region to be read from the rope depend only on RawStore.len, and not on any Chunk’s data.len(), we know that no modifications to a Chunk’s store data length will affect the bytes we want to read. Equally, we know that adding new data to Chunks will never cause a reallocation or change start_pos, only a modifying the length value of the tail node. Accessing the referred data is then always safe, because the segment buffer pointers will not change. As far as access to the list itself is concerned, new chunks only change the tail pointer and the next pointer in the prior tail element, while all walking/iteration occurs from the front of the list.

Finding the correct Chunk relies upon both start_pos and data.len() for every rope element. Chunks which aren’t at the tail of the rope are guaranteed to remain unchanged. When new bytes are being stored in the tail element of the list, the Vec is resized to match its capacity, bytes are read in, and the Vec is resized to match the true written amount. As len is incremented after the buffer shrinks to its true size, no invalid bytes may be accessed, so the tail element’s length will never decrease below the value it had when len was last observed. However, the amount of bytes from pos that a handle wishes to read is computed using len – while more bytes or chunks could have been stored in the interim, accesses to existing data aren’t invalidated.

On standard x86-64 systems, we can be certain that size-aligned writes/reads of primitive data are bound to be atomic. However, this cannot be guaranteed on all classes of CPU. Furthermore, the compiler and CPU are both capable of heavily reordering the code we write to the point that safety is violated: the nomicon runs through this in detail. Given the correctness of this algorithm relies upon stored length being updated only after new data are written, we need to apply atomics here to inform the compiler and CPU that this order must be respected. In the initial algorithm, we store backing_len using Ordering::Release to ensure that no writes (i.e., to the rope) are moved beyond setting backing_len, and read backing_len using Ordering::Acquire to ensure that data reads only occur after a safe length value is read (thanks, /u/usinglinux and /u/matthieum).

The same semantics must be applied to finalised. Although std::mem::sizeof<bool>() is defined as 1-byte, and so is always aligned on all platforms (with writes which cannot be subdivided), writes to the contiguous store must occur before the cache is finalised. The same orderings for loads/stores are used as above.

There are some additional changes and modifications which can be made depending on the use case, or for blanket performance improvements.

Thanks for reading! Hopefully, this has given you some useful insight into solving this particular concurrent buffering problem and how we’re solving it. I’m unsure whether the above has been documented elsewhere: if you know, please feel free to contact me. Likewise, if there corrections to be made feel free to request any changes on GitHub.

EDIT: Following the discussion on Reddit, /u/usinglinux and /u/matthieum’s advice on atomics around the backing length has been included. /u/matthiuem contributed an excellent single-writer lockless approach.