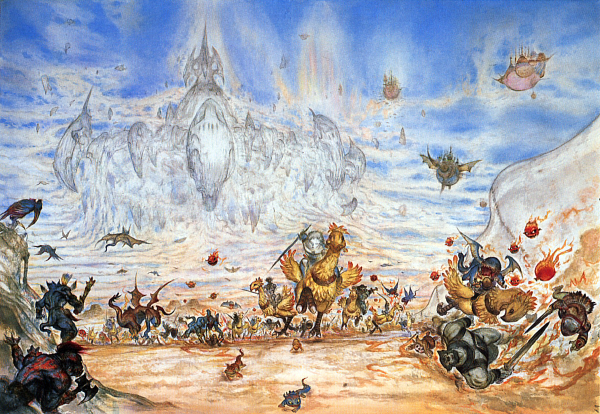 It’s strange, I think, how a sense of nostalgia for a virtual world (or point in time) arises from where we least expect it. A visual aesthetic, the feel of a specific piece of music, an outlook on the world and one’s place in its community. More and more, my thoughts have been drawn by these flashes towards the time I spent in Vana’diel—not a world I thrived in, but one that has nevertheless shaped me.

I was barely a teenager when I’d made my first forays into the world of Final Fantasy XI. Spellbound by the promise of a living world so far beyond what I’d come to know through the likes of Runescape, I’d bought the game some time prior at a cheap price with no knowledge of the subscription fee. The free trial was inaccessible without binding a credit card to the account, and I was cut-up at the time. And so the box sat, and collected dust, until I repurchased the game for the Xbox 360. Armed thusly, my brother and I made our first steps into the verdant, homely town of Windurst, for those 30 days at least. The tale spun there was not one of triumph. In control of a brave young Tarutaru red mage named Chuefue, I never made it past level 13 despite my best solo efforts, or even our group effort.

This failure came from my own misunderstanding of what the game was. The central philosophy of Vana’diel was, for the longest time, that players could not succeed on their own. This suffused every design decision the game was built upon: the world was expansive and difficult to traverse, with real-time transport like ferries featuring heavily (alongside paid teleports offered by higher-level white mages); monsters at your own level became more and more lethal as you progressed, and death would punish players by costing experience and levels. I’d not seen much more than the town of Windurst, having taken the lengthy and dangerous journey to Bastok only once (often anxiously waiting for monsters to pass by, or taking pains to evade them). It took perhaps dozens of attempts to escape from the starting town, to venture forth, to see the world, and to find some of the famed grinding spots. Death came readily, but that just made each successful trip feel all the more worthwhile. The towns felt all the more welcoming for it; a respite from a world uncaring and in many ways unrelenting, a feeling most likely reinforced by the sheer amount of time I spent just being there. They felt so much more alive and homely than what most MMOs today seem to offer. It was years before I realised why the world had been built that way, and that the mechanics and the world were meant to impart this philosophy as a life lesson.

The world of Vana’diel today is, sadly, not the one I left. The game and its playerbase moved on, and with only end-game level players remaining Square Enix had to redress the fact that the new player experience was now untenable. They’ve approached this in two ways: accelerated levelling and the trust system. While the former is a straightforward concept, the developers have opted to keep the battle system intact (and so, hunting monsters around your own level will likely end as it did before). The solution they implemented was to introduce AI party members, who would fill out the missing roles in any party. Nowadays, this is likely to be every role but yourself.

On the times I’ve revisited my old character, the magic is still very much there in the world, but the camaraderie is gone and progression just doesn’t feel earned. Grinding alone in a vacuum is a draining proposition. At least the first of my gripes can be handled without too much ease; myself and some friends have reacquired the game, and are looking to make a fresh start. Hopefully it’ll be a window into the past for them in the same way it still is for me.

I think that there’s a lot which modern games, particularly MMOs, stand to learn from the classic way of making their worlds feel real. Eureka is a part of XI’s successor, Final Fantasy XIV, introduced as part of the Stormblood expansion. It’s a curious experiment, which exists by-and-large as an homage to the world of XI, mixing a lethal world, restricted movement, on-death penalties, and an open-world dungeon. To ensure an active playerbase, progress in obtaining the (currently) strongest weapon is, for most people, married to participation in Eureka.

It fills an interesting niche within the game, in my opinion, offering group content that ranges from semi-mindless content as backdrop to a conversation (challenge logs), to regular boss fights (the notorious monster train), to almost raid-level content needing the organisation of dozens of people (Baldesion arsenal). The restrictions on movement make the map feel more meaningful in a way that flight had all but obliterated, with tricky drops from high locations hiding away boss fights and monsters, sleeping (and deadly) dragons lying in wait to catch players unaware. Getting from A-to-B remains a pulse-pounding experience, as bosses and quest objectives lie beyond wave upon wave of creatures that can and will obliterate you. At least, this was the case until recent changes allowed mass taxiing of low-level players. Although I consider the FFXV crossover a significant misstep in this regard, the way that people make use of it is emblematic of an unstructured but omnipresent air of kindness and shared burden that fills the zone. I’ve seen, without prompt or coordination, players form revive chains to sneak one another past impenetrable walls of dangerous monsters.

Enjoying it all requires you to be clear about what you’re getting into, and understand why Yoshi-P and the team arrived at the design they did. Don’t get me wrong, I wish beyond all words that the grind for the weapon wasn’t quite as intense, because I think the forced repetition is what separates the player from being able to reflect on (and enjoy) what’s before them. I worry that they’re missing out on how this alludes to something long gone from MMOs, something greater, but which can be there again.